IX: Symposium on Immersive Creativity
In just a few days this fascinating and first-time conference will begin in Montreal and last for 5 days. Last year I saw the SAT team perform at Immersa 2013, and they were already doing come cutting edge work. So I’m curious to see how this event kicks off.

The IX Symposium will provide an open exchange platform through a series of keynotes, panels, demonstrations, performances and immersive productions. An objective of the symposium is to help democratize access to immersive spaces and to the tools and processes used for the creation of original contents. Another objective is to foster a network facilitating the creation of a community and the circulation of people, ideas, and works. This will help rethink the models of production, the formats, the delivery systems, and the creative processes needed to maintain and nurture an international platform for strong artistic expressions and open innovation.

Shortcuts: An Experimental Dance Film Competition
We are looking for videos, who look at dance through the new medium of 3-dimensional/spherical cinematography. Dance and an experimental approach should be at the center of the work. Focal point of interest should be real filmed scenes and not computer generated and/or animated film sequences. 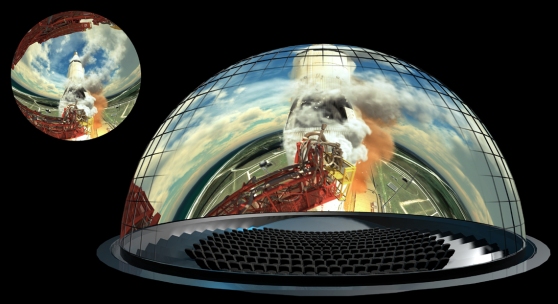 Cinefex: Fulldome – Films in the Round
For Cinefex to write an article exclusively about fulldome, well thats a exciting sign of the times and simply cannot be ignored. It’s refreshing to read this thorough overview which speaks to the the particular nuances of fulldome production. Such as the need to be a CG generalist, slow camera movements, cross-bounce worries, and using the Oculus Rift as a dome preview tool. And I can definitely agree when I read “Everything we do ends up on the dome”. It’s true, to work under a tight timescale you must use basically use everything you render. By the time you render at 4k, you already know the edit and feeling of the show; so you’re just finalizing the visuals at that point. There is no post-production edit stage, as that instead happens during the animatic process since working at 4k is not forgiving. Truly an exciting article and perhaps now the CG community will have its eyes wide in awe.

Fulldome 8k Research – Is There Any Point?
An in-depth and well researched thought experiment into 8k production concerns. And then to push the idea further, they theorize the max possible retinal resolution in the dome. What a fascinating write-up of the many aspects which I have been curious about. Anyone in fulldome production must read this. Although I’m not quite sure how to hybridize the display resolution research of Paul Bourke into this article. 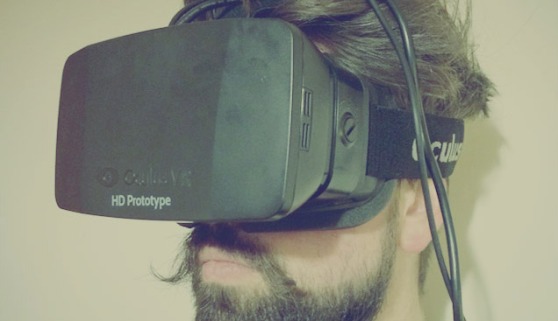 An Initial Look at the Oculus Rift HD for Fulldome Previewing
The Oculus Rift is starting to become an interesting way to preview fulldome dailies and watch shows when you don’t have immediate access to a dome. Aaron had early access to an HD prototype and has figured out the best domemaster input for the optimal experience.

Illustris: New Universe Simulation
Just one week ago, the Illustris simulation was announced to the world and the dataset has been opened up to outsiders. The simulation is simply stunning, as it is able to simulate the galaxies themselves moving within the cosmic web. Around 1 minute in the video is where the gas temperatures begins to cascade and I’ve never seen anything like it. A cosmic scale timelapse. Now freely available as 4k and 8k domemasters through the ESO. Oculus Rift stereo render also available (bottom of the page).

Planetary – Documentary Trailer
While not created for fulldome, how can I ignore such a beautiful film which speaks directly to something so close to my heart? It is this exact caliber of work that I wish to see in the dome. A expression of the shared struggle to explore the science collectively and combine it with the important but often ignored emotions of our daily struggles in these wild times.

“Planetary is a feature length documentary that expands on the mind-blowing perspective shared by astronauts and indigenous elders alike — that each and every one of us is inseparable from each other, the planet and the universe as a whole, a realisation that is both humbling and comforting. If more of us start to experience the simple truth of our interdependence and connection, we believe there is hope for the next stage in our human journey. Planetary is meant to inspire awe and wonder by seeing things as they are, placing our individual stories in the context of the larger planetary / cosmic story.”

Crossing Worlds – Fulldome Short Film
A visual tone poem designed for the emerging fulldome planetarium format, Crossing Worlds utilizes spherical photography from the American desert west to immerse the viewer in a transcendent spectrum of austere landscapes. “Crossing Worlds served to remind audiences of how extraordinary our home planet is. It was the perfect complement to the data-driven visualizations of global changes, deepening appreciation for the critical importance of the natural world for sustaining us emotionally as well as physically” said David McConville, co-founder of The Elumenati.

Fiske Fulldome Basics
It’s difficult to explain to the public the resolutions which modern fulldome can achieve. For instance, when most people hear of 4k they think of the TV standard. So it can be tricky to explain the public that 4k refers to something different in the fulldome standard. This video is a wonderful and simple explanation of the differences between 1080 broadcast television to 8k fulldome.